Downloadable and easily manipulatable lists of the games listed in each edition of the book '1001 Video Games to Play Before You Die'.

I searched for ages for an easy to manipulate list of the games listed in the book '1001 Video Games to Play Before You Die'. Sadly the best I could find was the one on ListChallanges.com and the one on 1001beforeyoudie.com (which I think is the official site) and neither of these lent themselves to copy and pasting particularly well.

As a result I made my own and put it here for you to enjoy and use as you like.

He also awesomely informed me of the differences between the two lists and hence they are now both available! Should there be any further updates to the list I'll look to get them added here as soon as I know about them.

You can see the whole lists here, in the order the games appear in the book (2nd Edition to be confirmed) and you can download them as an Excel spreadsheet with some additional details at the bottom of the page. 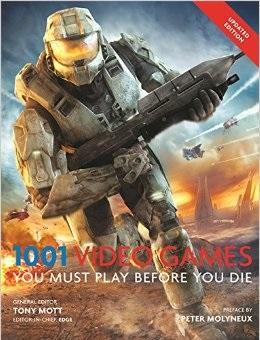 
Differences between 1st and 2nd Edition

The 2013 edition removes the following games:

And adds the following: 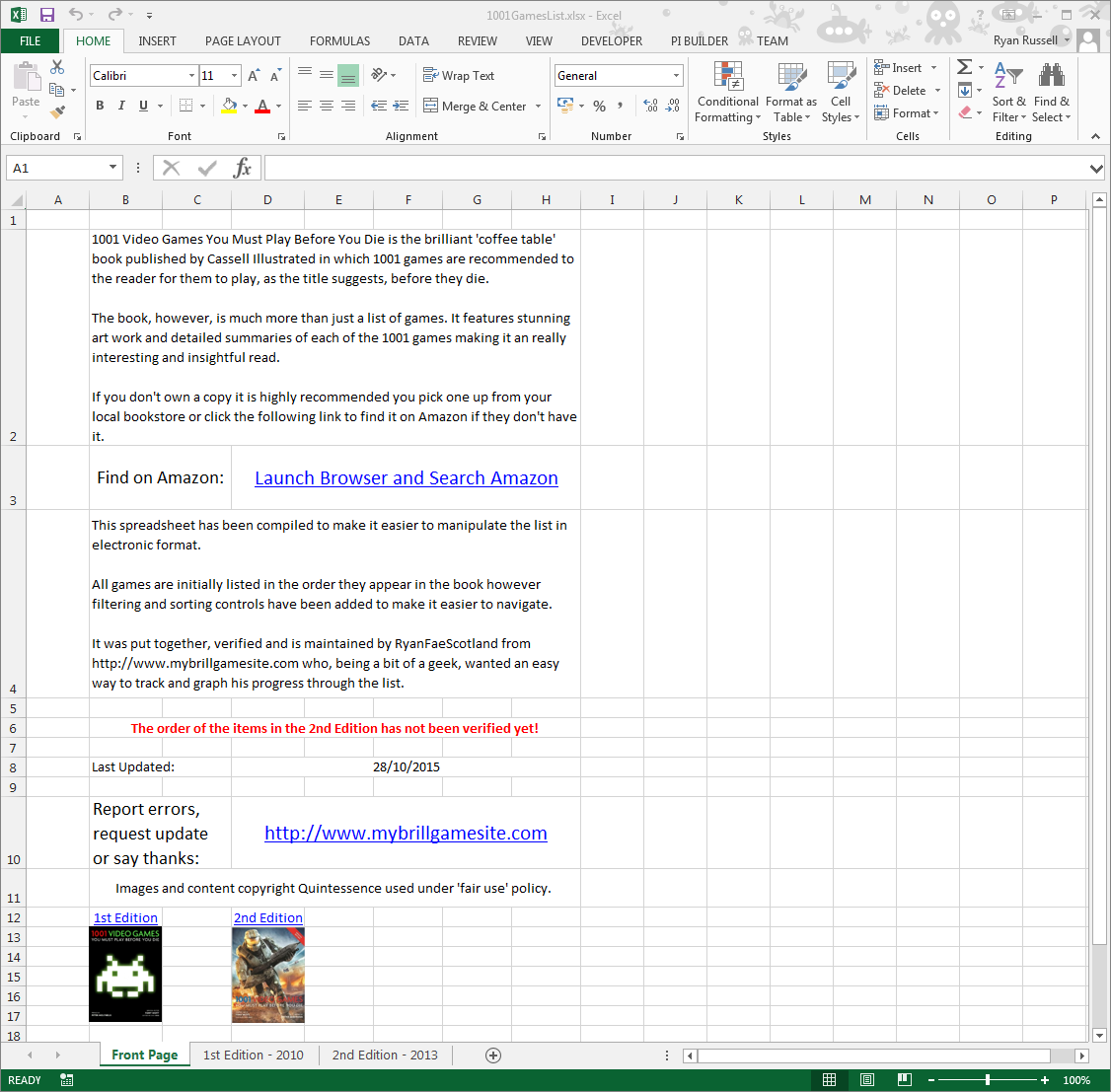 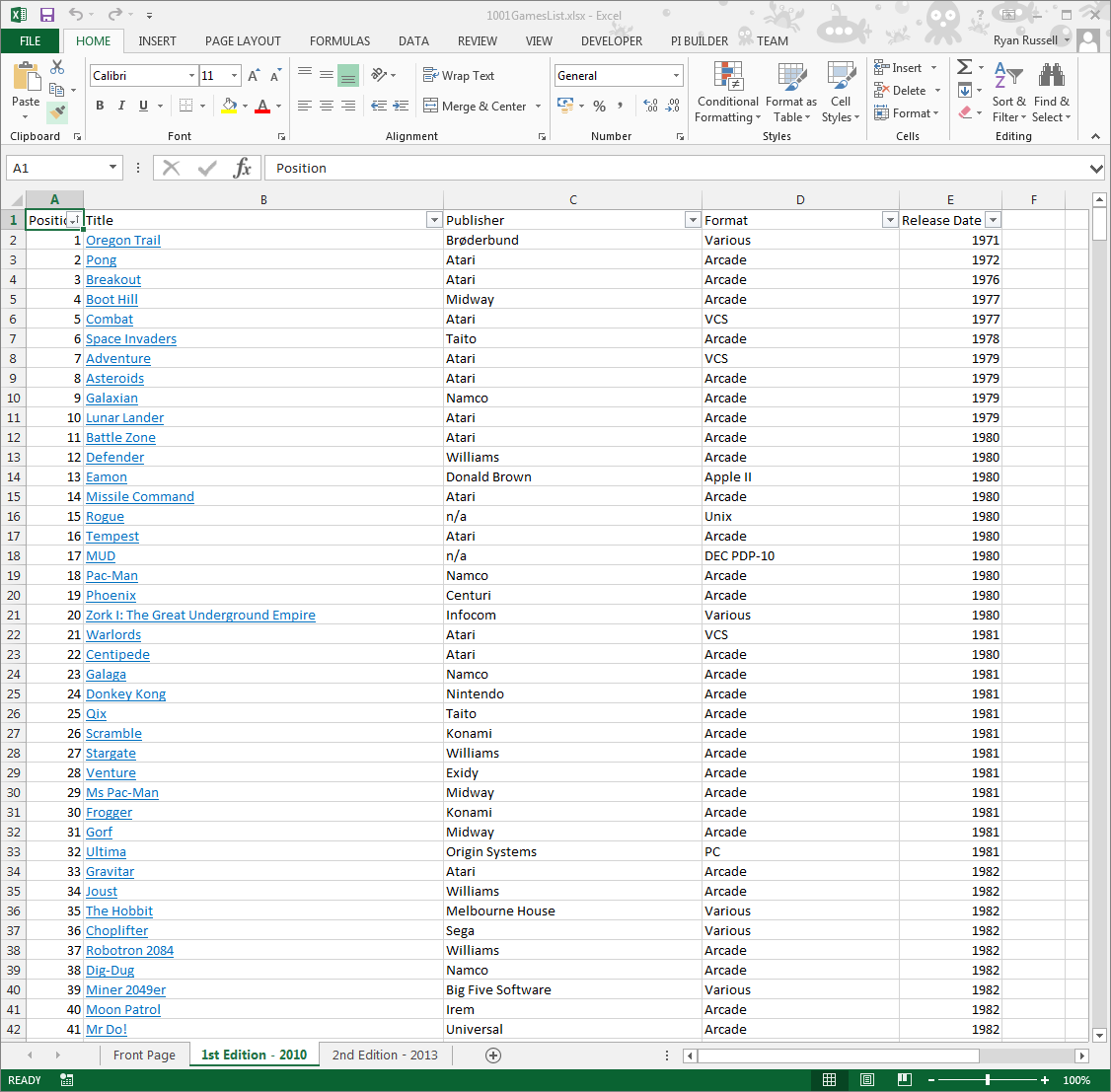 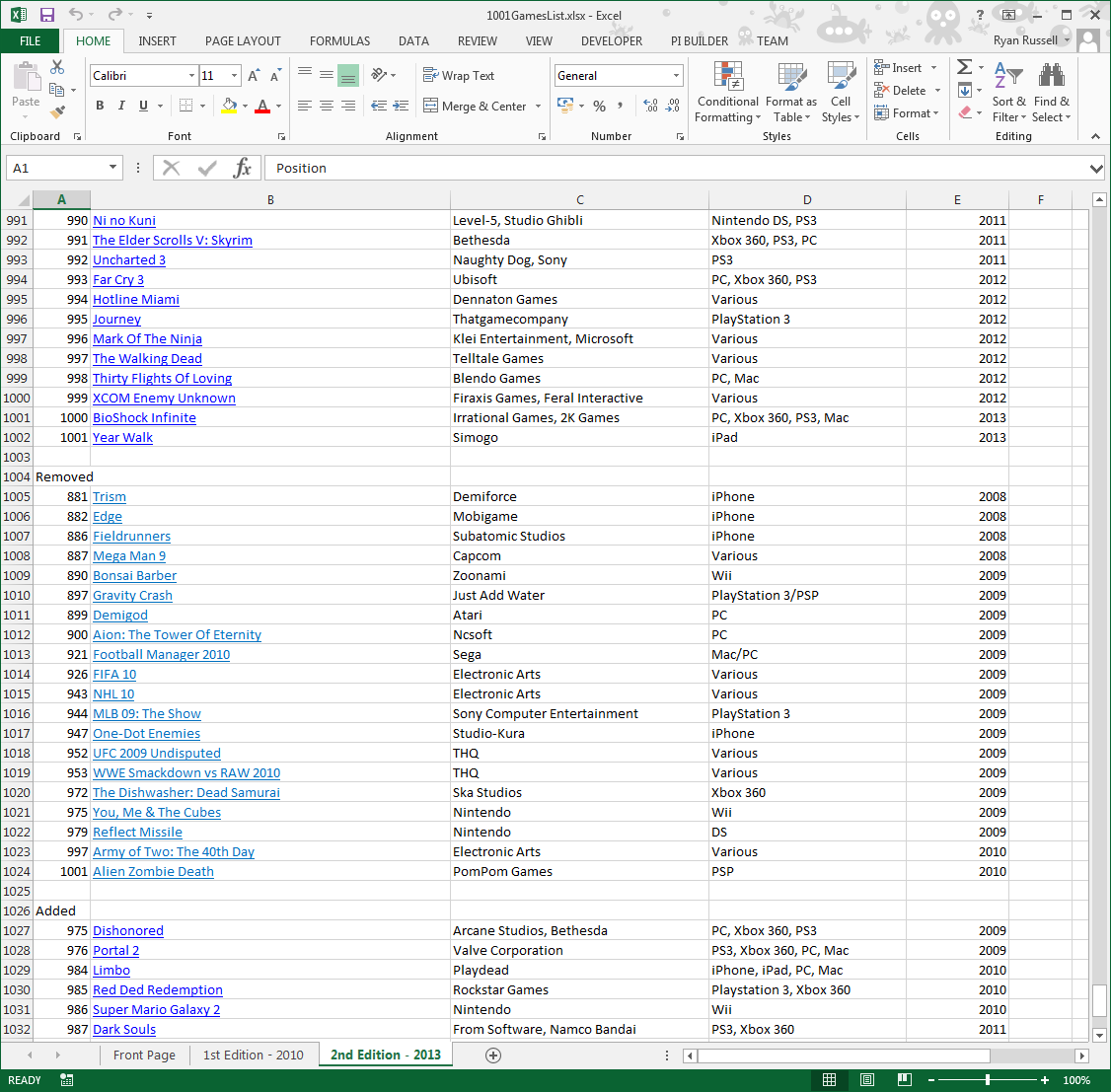 1001GamesList.xlsx - Both editions of the list in an Excel spreadsheet with links to Amazon searches for each item.