Constructor is a great game from 1997 that has aged really well. Sadly there is still an annoying glitch which on occasion prevents fences from being rebuilt. This project aims to address that by fixing the bug in the game's save files.

Work has picked up on this again and with the help of 2 other Constructor fans, SHLAINN and jimmypw, and we’re making progress in leaps and bounds.

You can find SHLAINN’s repository of information, which is acting as a central point for documentation and discussion, here: https://github.com/shlainn/game-file-formats/wiki/Constructor-save-files.

He also has a very cool, web based tool for viewing level (aka map) files here: https://shlainn.github.io/game-file-formats/level.html. To use it, you’ll need to extract the .DAT resource files from the .FIL Constructor archives.

Thankfully, Jimmypw has a repo here: https://github.com/jimmypw/constructor-fil which contains the source to a C based file extractor, a tool needed to explore the Constructor resource files and get at those .DAT files (but not for the save files if that's all you are interested in).

If you prefer, I’ve also managed to save a copy of the FilEdit tool that was formerly hosted at Black-Mesa, a Freeserver website dedicated to Constructor that has sadly went offline. You can still view it via the WayBackMachine but I’ve re-uploaded the tool here just in case it disappears from there as well. If you are still out there SMurf, give us a shout!

My personal interest is still in the save files, as I’m convinced we’ll find a fix to the bug there, and to that end I've created a simple File Splitter tool that splits up Constructor save files into more managable, explorable chunks. I update SHLAINN’s repo with information from them as I find it and I’ll make further tools I develop for analysing available once they are at a standard suitable for sharing.

So, no solid data on fences yet but some promising signs and good progress.

Constructor is awesome! It was developed by System 3 in 1997 and released by Acclaim and is great fun.

It does have a bit of a steep difficulty curve, even on easy, but since you can play with a varying amount of opponents, including playing with zero opposition, you can control how hard it is in steps to a certain degree. However the majority of the difficulty stems from the amount of micro-management you have to do along with the constant attacks on your properties by enemy foremen. The problem isn't so much the attacks themselves, they are easily countered with a quick attack on the attacking foreman, the problem lies with the need to rebuild the fence that was attacked or face 'black marks' from the council and, as you know, too many black marks leads to game over!

But even rebuilding the fence isn't that hard if you have enough money and a free work team. This is assuming of course that the game hasn't glitched out and made it impossible to rebuild the fence! If it has then you are left with no choice but selling the house and rebuilding it (assuming this house is still available to build) to make the fence buildable again and there is nothing saying that it won't just glitch out again.

So that is why I have made this little project with the aim of creating a program that can scan save files for glitched fences and make them buildable again without the need to sell the house they surround.

Of course it would be better to just fix the bug that is causing the glitch but sadly I don't have the knowledge required to do so or the time to learn it. Besides, there are so many interesting things to discover in the save file I really want to spend time exploring it! 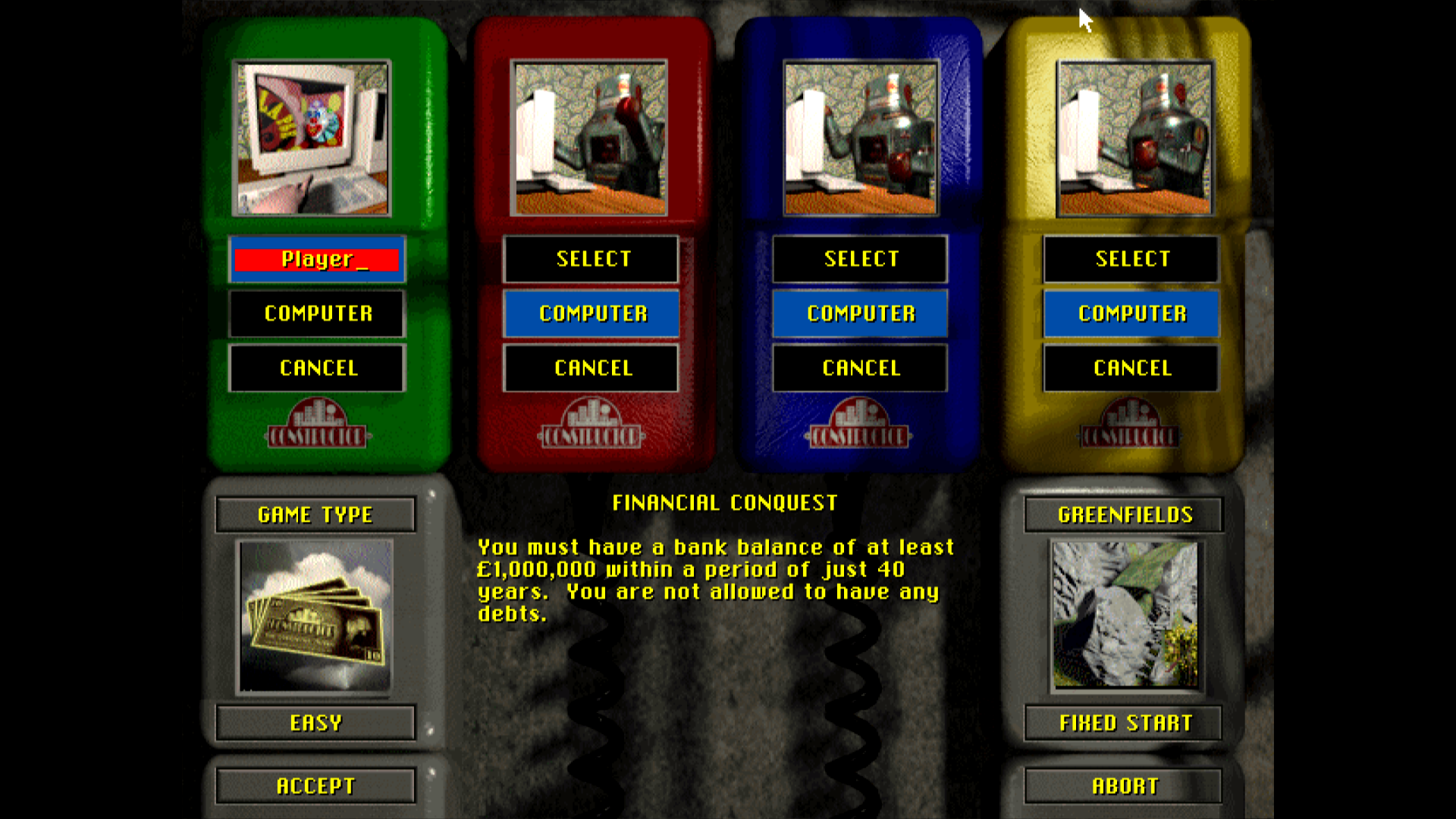 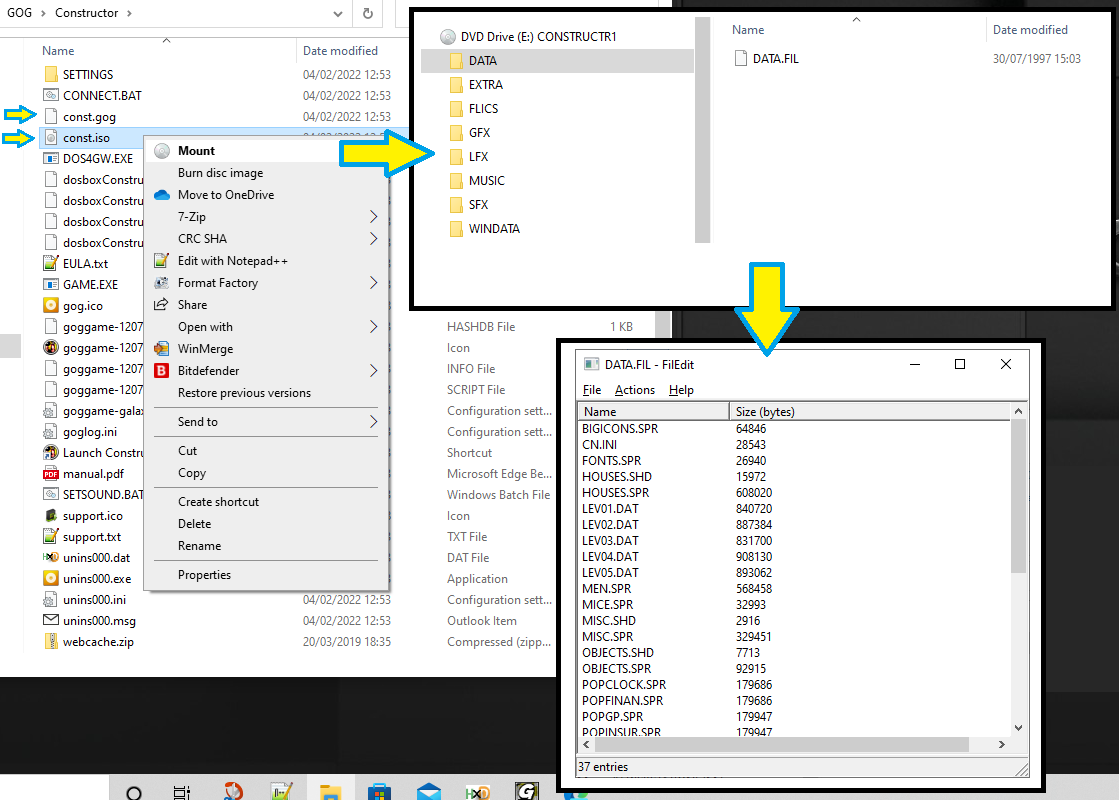 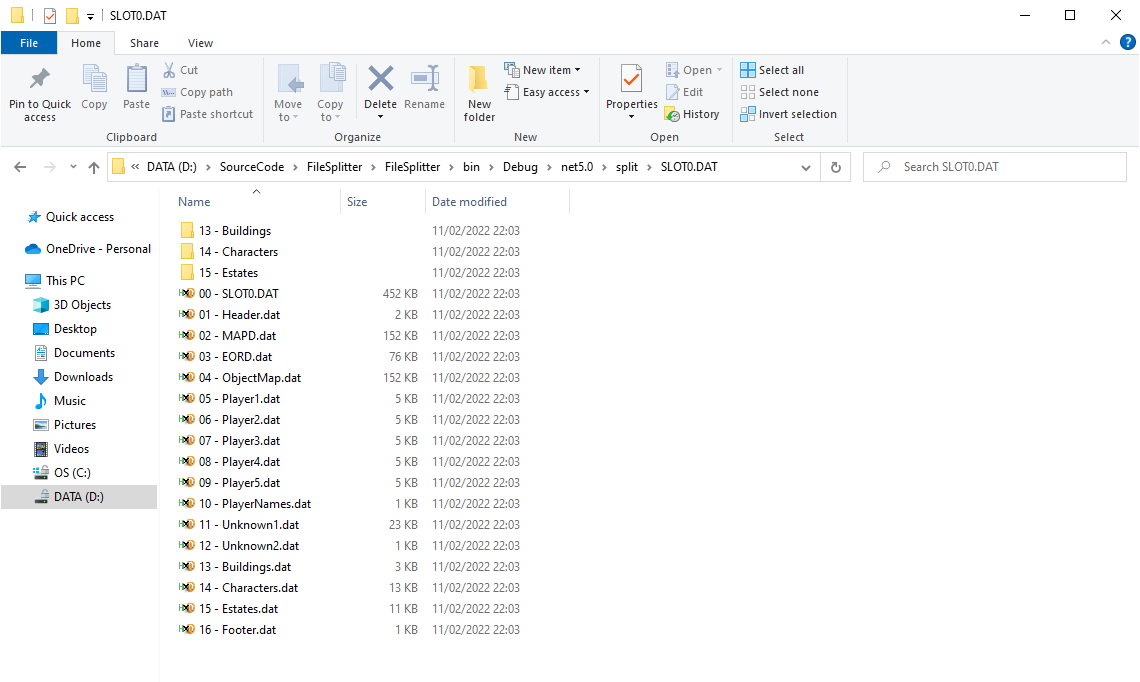 FilEdit-0.61.zip - a little editor that allows you to look inside the Constructor .FIL archive files and extract the data contained within. Includes the ability to save and make new files as well (although this feature hasn't been tested much so use with caution). Written by SMurf of Black-Mesa.

File Splitter-v0.0.0.1.zip - a simple command line program that takes SLOTX.DAT files and splits them into their individual parts to aid exploration and analysis. Very early version so don't expect much, but functional none the less. Source code will be available in due course.