Toejam and Earl Save State Editor

TESSE, which is a brilliant acronym for Toejam and Earl Save State Editor, is the first savestate editor I ever created. It was even accepted by the ROM Hacking.net bot! (And then removed by a mod, boo).

Toejam and Earl is one of my favourite games of all time and easily one of the best on the Sega Megadrive. When I first got into rom hacking I just knew I had to do something for this game. Being young and naive I was full of plans on a level editor and new presents maker but in the end I settled for this and I am actually really proud of it! I was even prouder when it was accepted into RomHacking.net's tools collection database and only a little disappointed when Nightcrawler subsequently removed it as it wasn't really the sort of thing they hosted. Oh well, I ain't mad!

It was written in Visual Basic, which pretty much means it was written in plain English, and comes as a nice .exe file which doesn't need anything else to run. I don't think I have the source any more which is probably just as well, I hate to think what sort of mess it is. 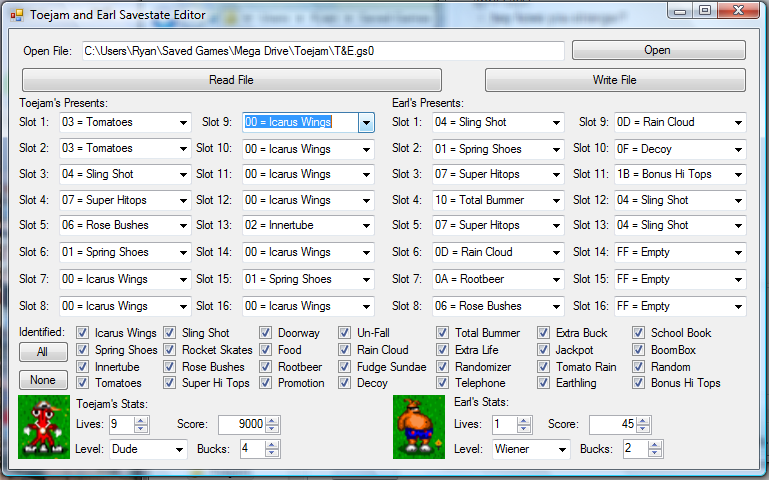 Tesse.zip - The exe file and a short ReadMe.