Looking for a bit more of a challenge, Reddit user bestia455 put in a request for a mod that would remove all ores from the world.

Challenging indeed, as mining ores quickly becomes the most efficient way of getting iron, nitrate, coal, gas (via oilshale) and more, which are critical for crafting ammo, steel and fueling vehicles. In fact, I'm not even sure you could survive at all without it, but I was happy to help them find out!

There is a couple of ways to do this. The way I went with was to edit the ores themselves so that they didn't drop any resources when harvested. This seemed like a pretty simple solution, and to be honest, it was!

As you can see, it is fairly simple changes. The first xpath matches all the block entries that start with 'terrOre' and from those it matches all the drop entries that have 'Harvest' events. It then sets the 'count' attribute for them to 0. The second xpath does the same to 'ore' blocks.

This means, no iron, no coal, no silver, no diamonds, nothing! You can mine all day and you'll never acquire a thing! Since we are matching only against ores however, we still get wood from trees and stone from boulders (which is what we want).

However! What if you truly wanted NO ores in the game? Can we remove the actual blocks themselves from the world? Thanks to the investigative work by bestia455, and a little more modding from myself, we can!

The below mod, this time affecting biomes.xml, will stop the ore blocks from being generated altogether:

This method finds each of the subbiome entries and vein blocks and sets their probability of generating to 0 which means only the 'top level' biomes will be used and NO ore blocks. And you guessed it, coal, iron, nitrate? All subbiomes! This is a touch overkill, it means a few other things won't generate either (such as 'Heavy short grass Sub Biome'), you can check out the original biomes.xml to see what else is affected and refine the mod as required.

Note that this will only work on newly generated worlds, so if you want to make a 'No Ores' adjustment to an existing game you'll have to go with the first method instead. Thankfully, both can live together quite happily in a single mod!

And there you have it, two ways to remove ores from your worlds in 7 Days to Die.

Both are contained in the download below or you can get them from Nexus Mods if you prefer.

Have fun, and as always, any questions, comments or requests, reach out using the details below! 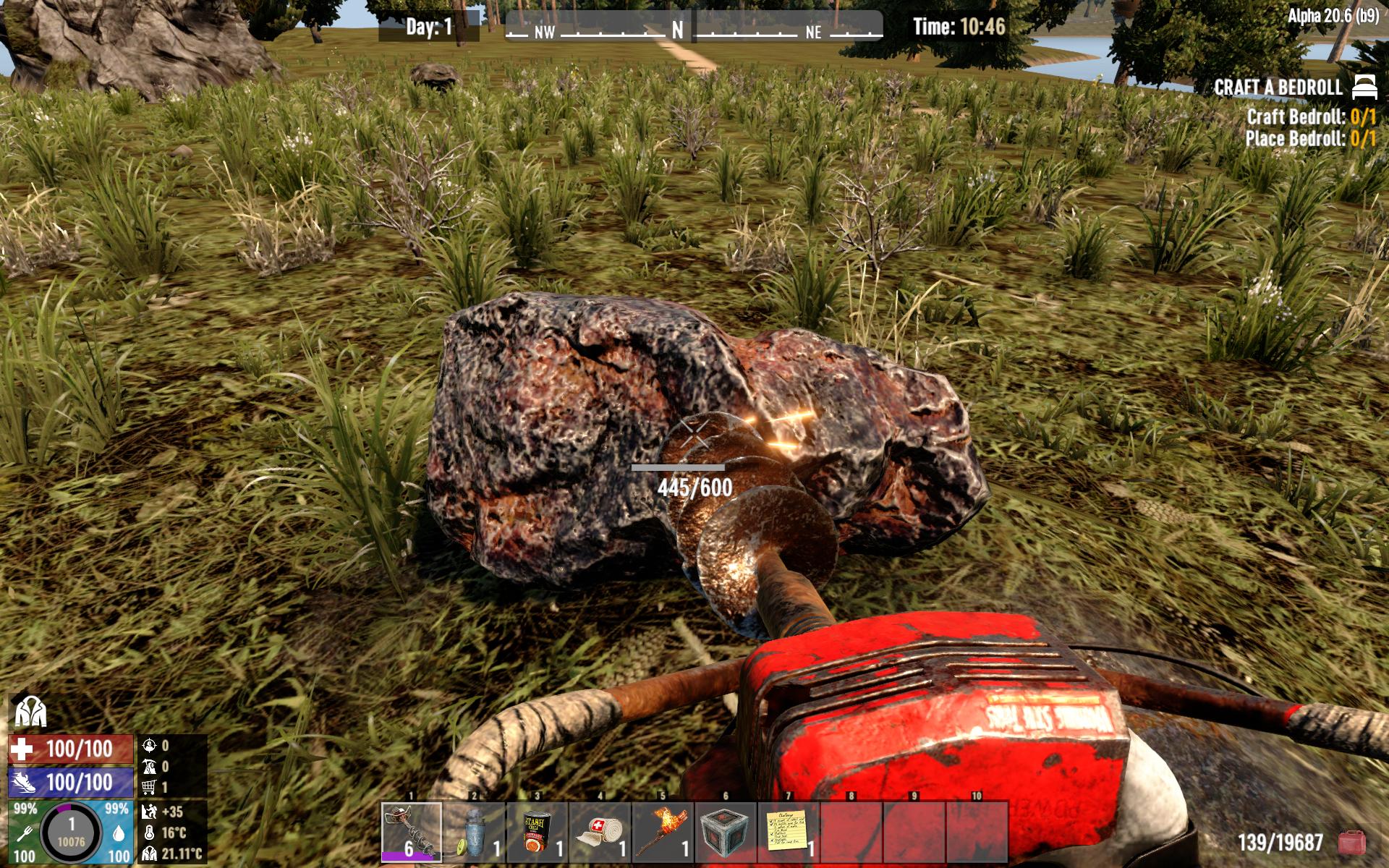 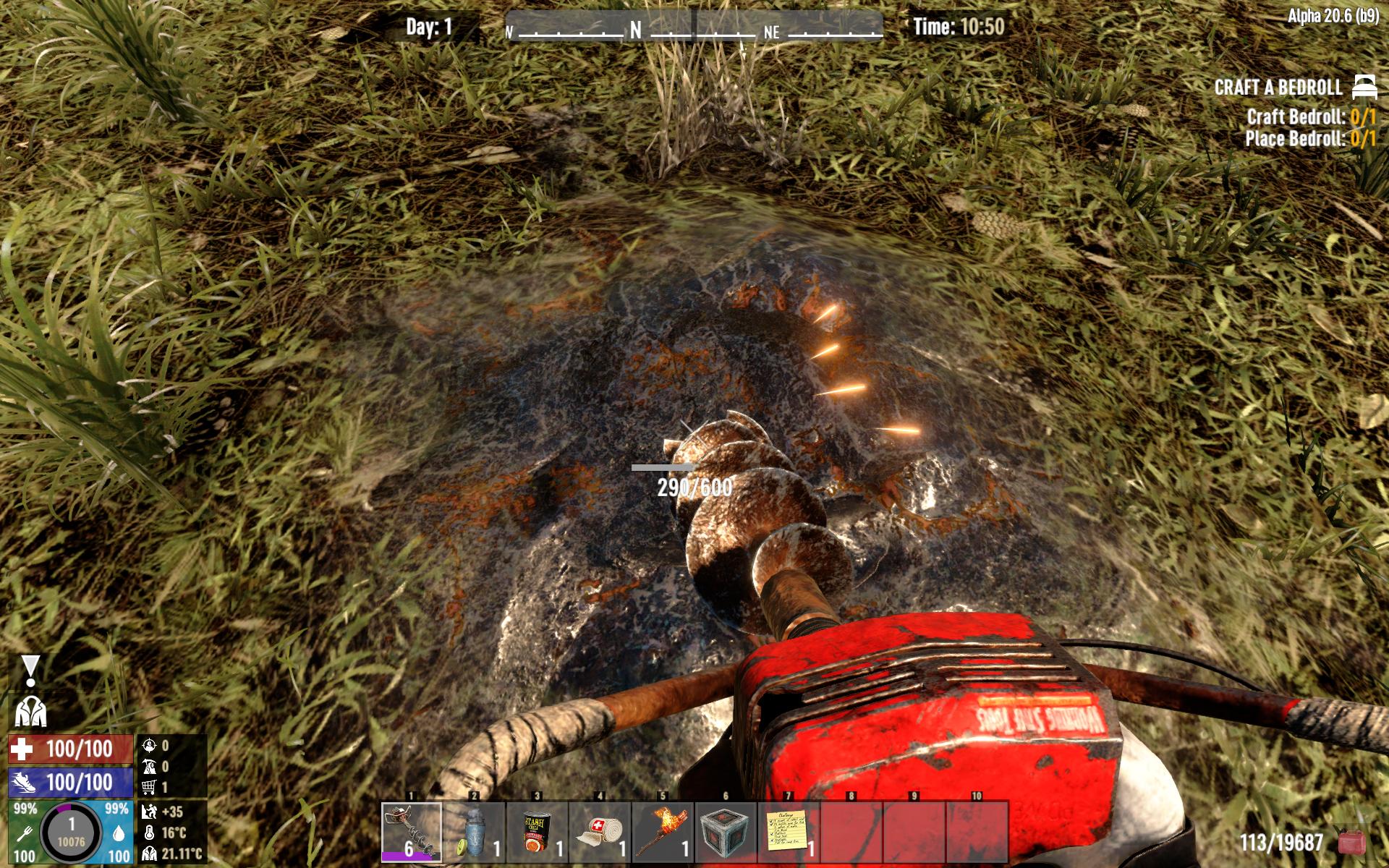 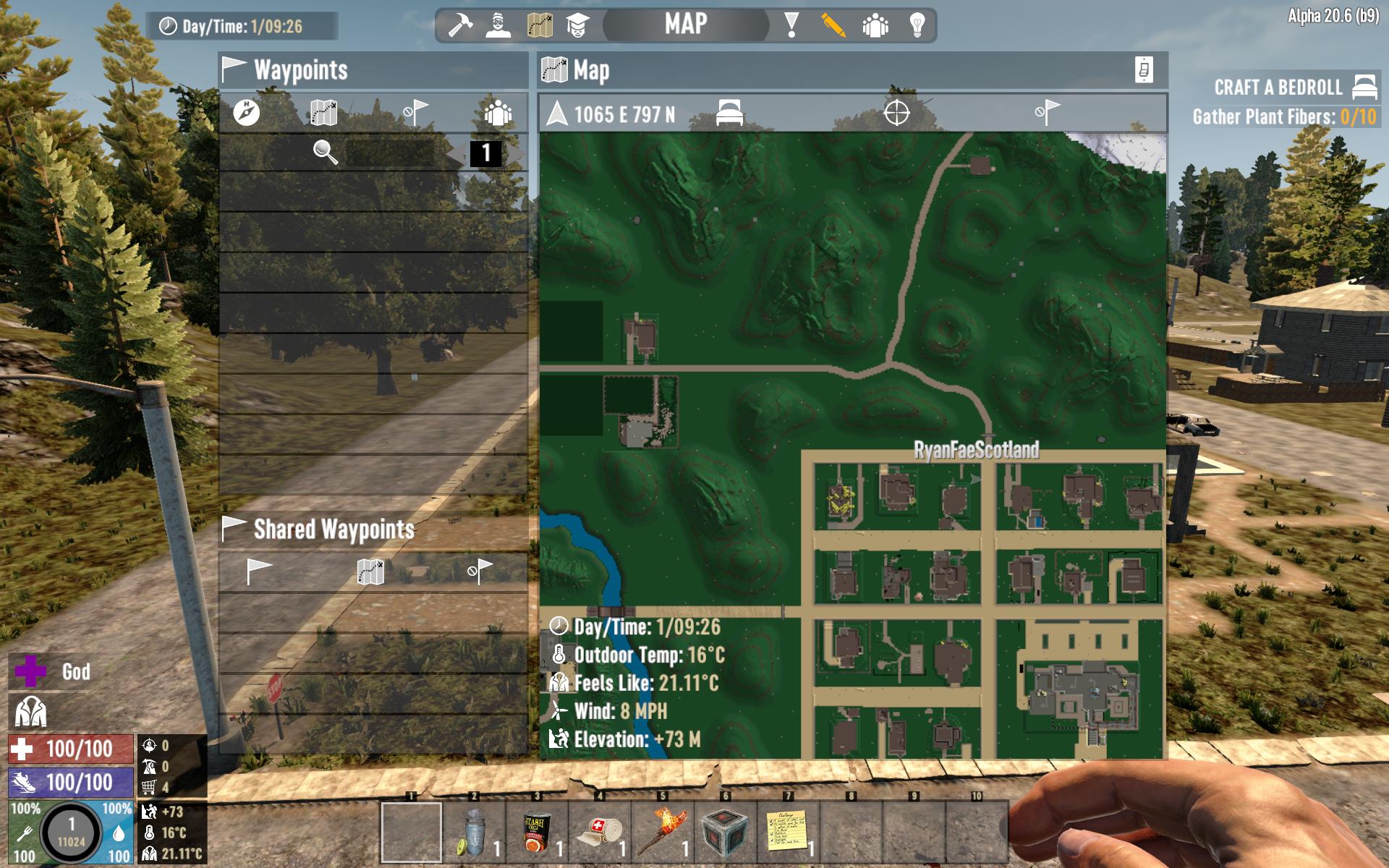 You can also visit its dedicated page on Nexus Mods.

7D2D-NoOres.zip - Mod that removes all ores from the game.